THE HOUSE WITH THE OPENED FIREPLACE

The married couple, for whom we have worked in the past, approached us again with a request to build them a winter garden. During the discussions and preparatory sketches, we created two variants. The first respected their assignment and adherence to the required morphology, which was only to follow the house, which was renovated several years ago. The second variant was just a sketch of a solution that we would like for the given purpose. Contemporary, linear and especially timeless. The owners unanimously chose the conservative variant A, and we started (a little reluctant) to work on the project. After a week, the phone rings - change, please design variant B - your solution, it doesn't matter that you drop the whole 2nd floor, we are ready for everything. Beautiful news.

The one-storey terraced house had a front facade along the street line, and a garage protruded from the house into the atrium at the back of the house, bearing the space of an open terrace. On the same floor, this terrace was connected by a door to the staircase hall with a living room. In the second part of the 2nd floor there was a bedroom and two children's rooms. The whole house had a classic gable roof, which logically limited the entire attic space.

The entire structure of the terrace was demolished and the rear perimeter wall of the house on the 2nd floor was demolished. We got the opportunity to extend the ceiling of the garage so that around the newly created conservatory to form an L-shaped terrace. dressing room. We also managed to find a place for a bathroom with a toilet. The living room and both children's rooms remained unchanged towards the street.

The whole winter garden, resp. its design also indicated the direction in which the reconstruction of the interior of the 2nd floor was going, as well as the entire exterior of the house. The outline of the winter garden consists of generous pillars lined around with natural stone, which also penetrates into the staircase hall, and which has also found its place on the cladding of the street facade. Together with the concrete trowel, which we find in the interior and on the entire facade of the house, we fulfill our philosophy of unifying the materials used inside and out. The pillars are pressed by the frames of large sliding windows, which close the floor plan of the garden. We deliberately chose windows in the maximum possible size, which allows a perfect connection with the exterior in the summer months. We have installed skylights in the countertop, which covers the conservatory, to further increase the light of the interior. A great rarity of this interior is the open fireplace, which the owner wanted. We worked out the flue with the passengers, which can be moved vertically as needed. The whole interior is oriented around this element. As part of the furniture, we complemented the garden with a built-in lockable bar with a kitchenette and a comfortable sofa. When, in the end, the owner brought a brand new turntable and cigar, it was clear that we had the reconstruction. 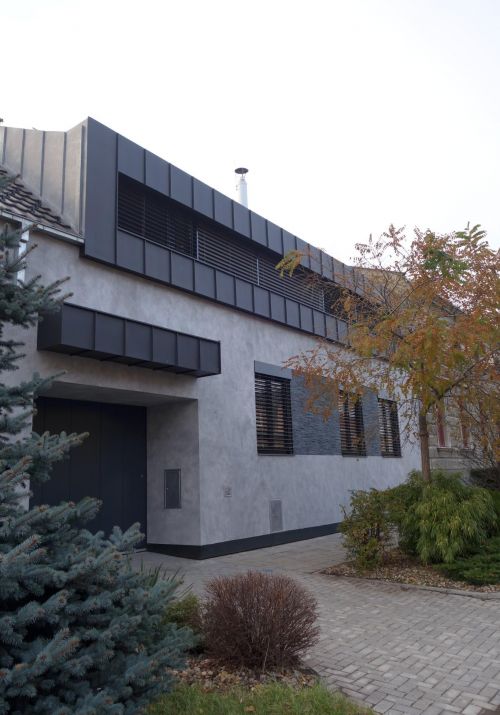 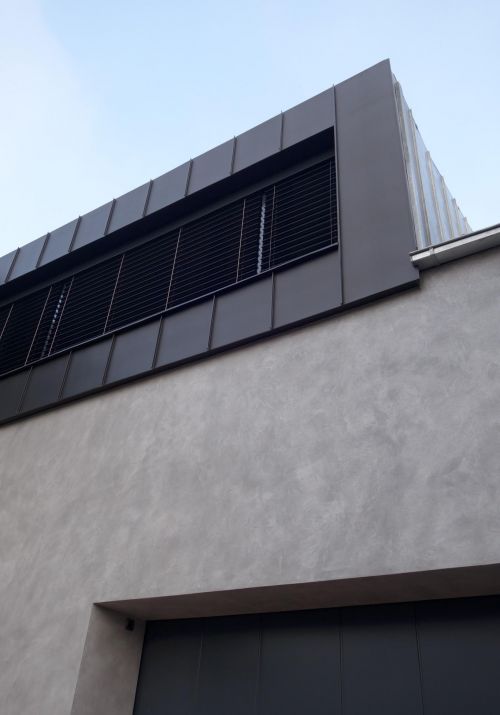 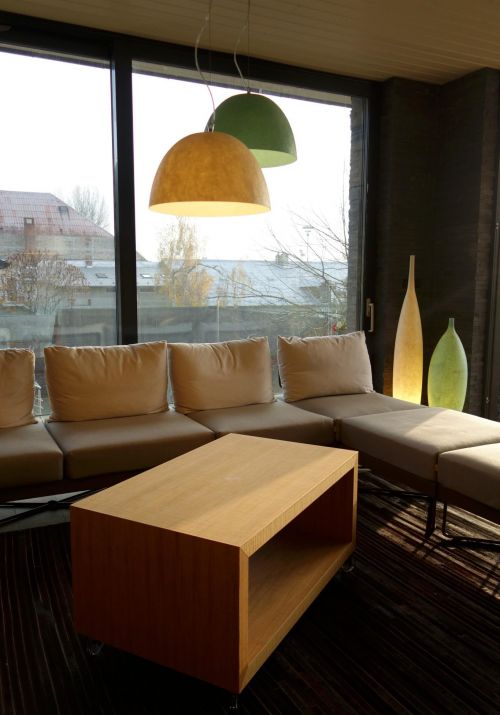 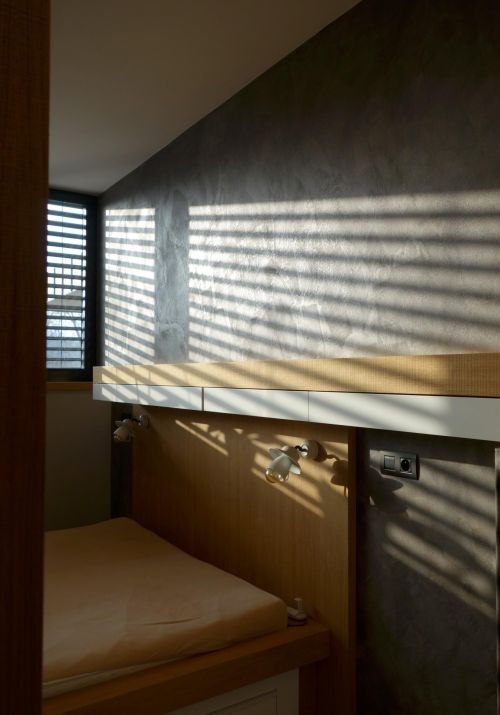 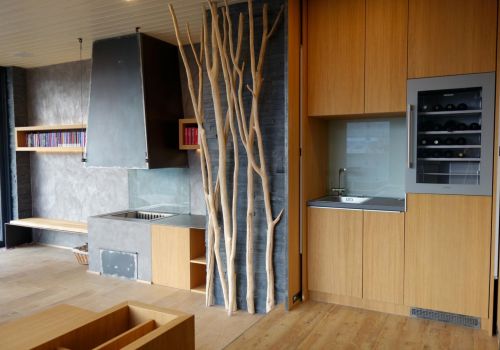 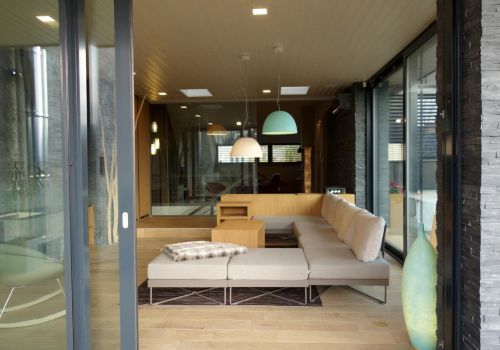